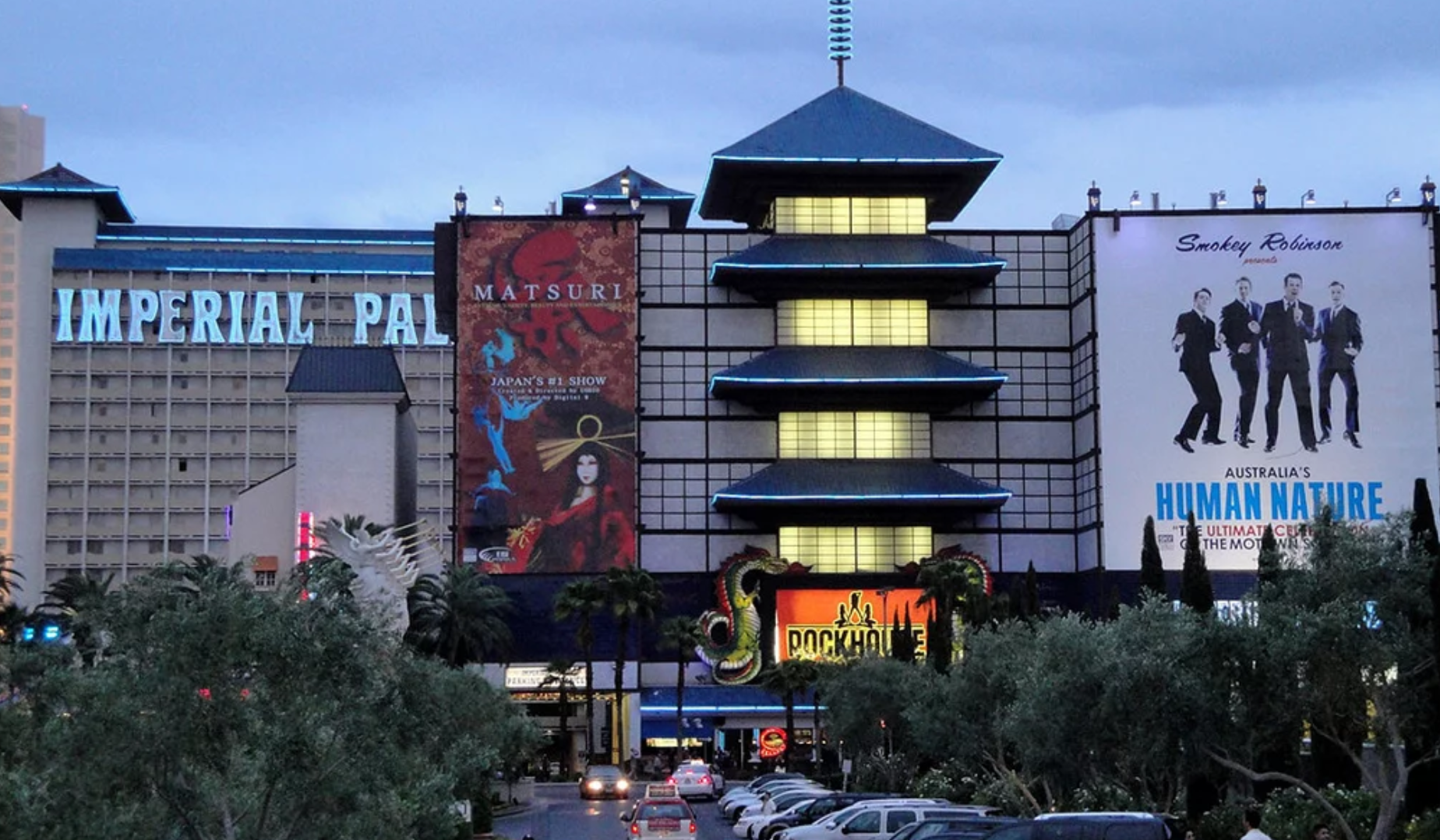 Note: This hotel is now closed!

The old Imperial Palace changed to The Quad before being finally replaced in 2014 by The Linq which underwent a $223 million dollar renovation project that now offers visitors a 2640 room hotel, casino and shopping promenade right on the Las Vegas Strip.

Located centrally on the Las Vegas Strip, the Asian-themed hotel across the street from the Forum Shops at Caesars and just 4.8kms from the Las Vegas Convention Center. The Imperial Palace Theatre has capacity for 850 guests.