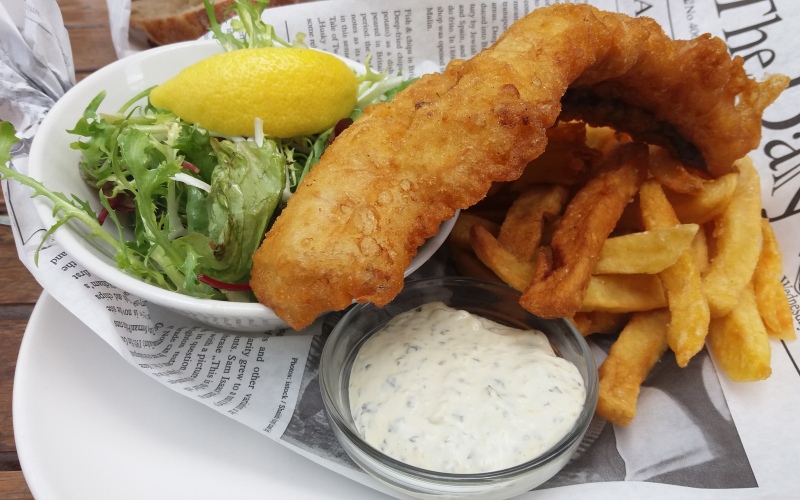 We stopped by here for lunch today after spending a few hours exploring Open Gardens Day, my friends were raving about the place for fish n chips so I thought i’d give it a try.

We managed to get a nice spot outside and the staff were quick and friendly, I went with standard Fish & Chips (Hake) and my friends went with Fritto Misto. Our food arrived soon enough and we were hungry so we started on it, the food wasn’t really that hot which made the chips not ideal to eat but I was hungry and stuck with it. I found several bones in my fish which was also mostly cold that put me off the rest of it.

When it came to the end the waiter was a bit defensive about it all and got annoyed that we didn’t flag it earlier. I explained that everyone was super hungry so just put up with it and no-one really wanted to wait for any longer to eat. My friend was against the idea personally of sending the food back as she was sure it would be binned/wasted so ate her food on principle. The other waitress who looked after the bill was much more apathetic to the issue and when asked if there was anything they could do I asked if they could take off the bottle of water which she replied certainly.

Other downside was sitting outside meant other customers were smoking at their tables which we knew but it was full inside and it was a beautiful day.

If the fish and chips were hot this would have got a 4 star review, but I struggled with bone in the fish… I just can’t continue eating a fish after digging out several bones. I give this place a 3 star review. 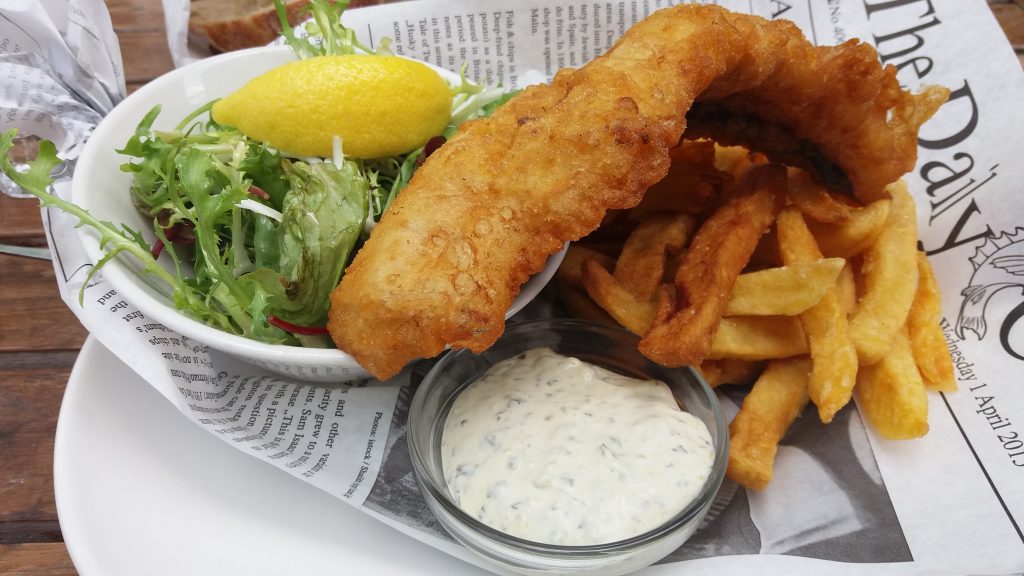