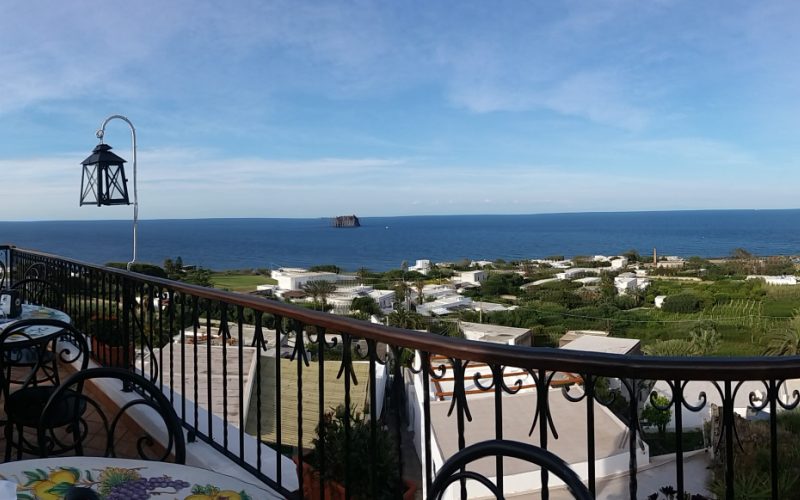 The tour was fairly cheap and recommended by my Hostel host as she said they were a smaller boat and better experience.  The Gruppo di Navigazione Regina picked us up from Marina Corta Lipari around 2pm and I was a little worried as the boat was much smaller than I expected as I knew the seas could get rough in the evening. 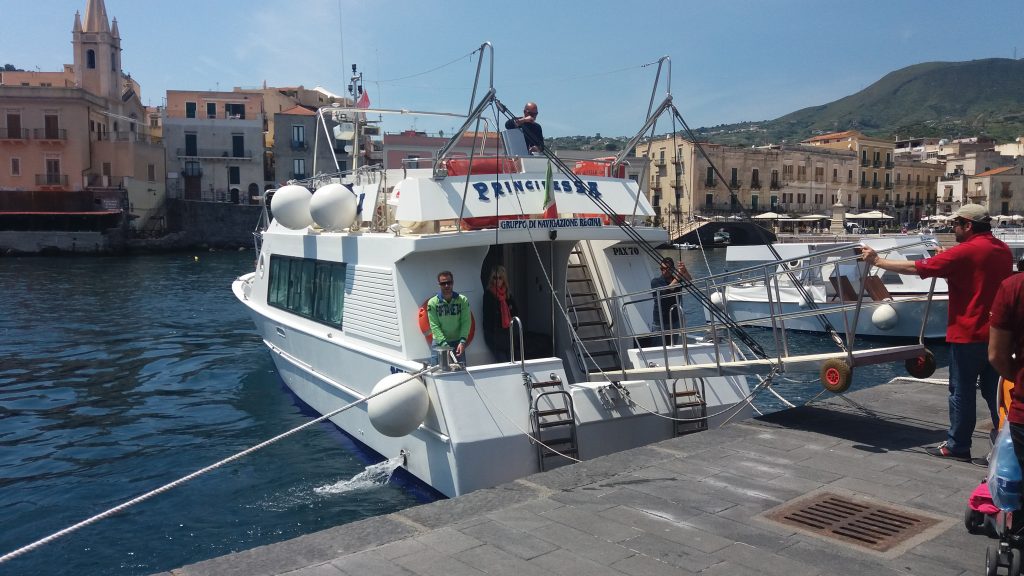 The trip out to the first island Isola di Panarea was ok but I certainly miss having a bigger boat already.  There was some announcements about the tour but they were all in Italian and every once in a while there was a brief announcement in English, this wasn’t good enough as most of the travellers on the boat that day were not Italian. This was a big reason that this reason wasn’t an amazing tour, it was something more of a ferry. It was also very weird that the crew dropped us off each time and then took the boat out fishing before returning.

We arrive on Panarea around 3pm and had about 45 minutes to explore the island which I mostly spent exploring the rocks along the coastline and doing some shopping for souvenirs. It might be a decent spot to spend a few days relaxing at one of the many resorts on the island as it was very peaceful. The downside to this tour was the lack of direction from the crew outside of when to be back on the boat there was no guidance on what to do or see on this island.

We arrived at Stromboli around 5pm and picked us up around 6:45pm, I took a bit of a walk through the old town, bought a heap of souvenirs and had some pizza for dinner at Ritrovo Bar Ingrid which offered amazing views over the coast.

I did have a look at some of the hiking tours that looked interesting and something I really wished I had of done.  The hike to the top of the crater (918 meters) was around 5-6 hours so it wasn’t possible to do it this time. 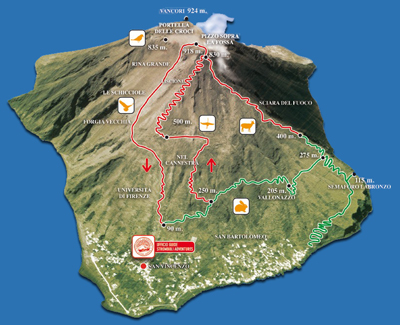 Map of the island – Stromboli Adventures

After I finished dinner I headed back to the port area and while I waited for the boat crew to arrive I explored Spiaggia Nera beach which was quite amazing with the contrast of the items along the beach and the black sand. 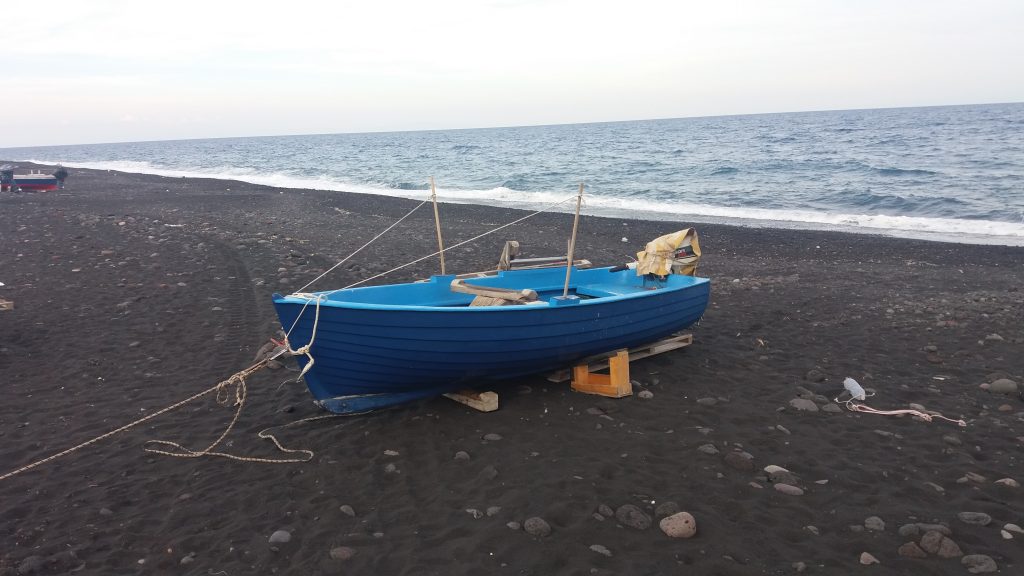 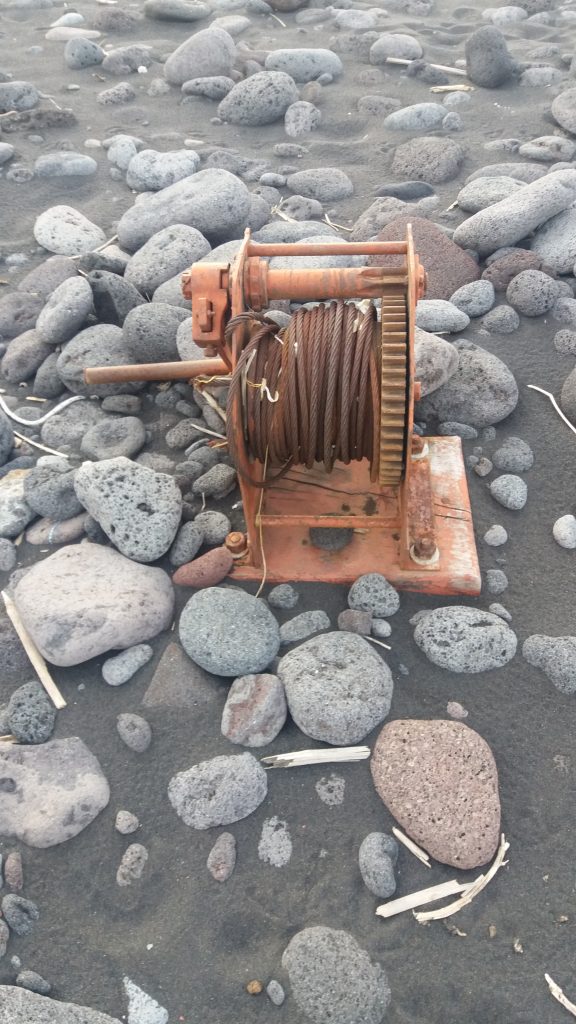 What was both interesting and concerning was that by now the seas became quite rough and they couldn’t pick us up at the main dock, we had to hear to Molo vecchio pier which was in a slightly more protected part of the island.

Once aboard the board we headed towards the nearby lighthouse Isola di Strombolicchio which while interesting was not what we had come for and soon we headed to the west side of the island for the view of the Volcano.  We stayed around waiting for the lava fireworks to start to happen but all we saw was a large plume of smoke, I think it was also too much light as the sun had still not set and lava is almost impossible to see during the day as it just appears black. 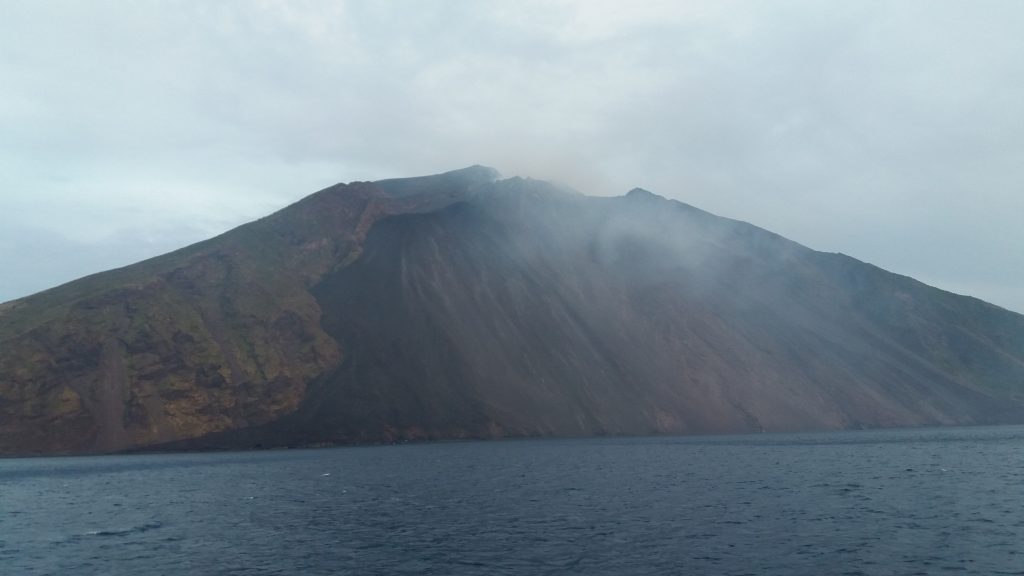 Eventually the seas started to become too rough and it was time to head to back to the safety of Lipari as there was word of rough weather coming.  After a rough few hours at sea we arrived home at Porto di Lipari around 10pm, it was a long day and I was exhausted but I wanted to walk off the sea-sickness feeling so I ended up walking home to my accommodation.

If I was going to do it again I would consider staying on the island for a few days and doing a hike with a guide up to the crater and spend the night there and watch the sunrise over the crater.  This way I could be sure to get a decent view of the lava flow which was the one thing I really wanted to see this trip.

I had wanted to go the Sunday which I found out was a better day as the seas were calmer and the tour group actually saw some volcanic activity. Annoys me when sometimes I don’t stick with my plan and I feel like I was tricked into going on Saturday. Also consider in summer the day is longer so it’s far harder to see the lava flows when it’s not dark.

The service was good, the food was cooked quickly and tasted great but the downside was the pizza was a little soggy due the tomato sauce they used. I got the pizza parma which was a good choice but would have been 5 stars if the crust was a bit crunchier in the middle. Overall a decent meal and lovely freshly squeezed blood orange juice. 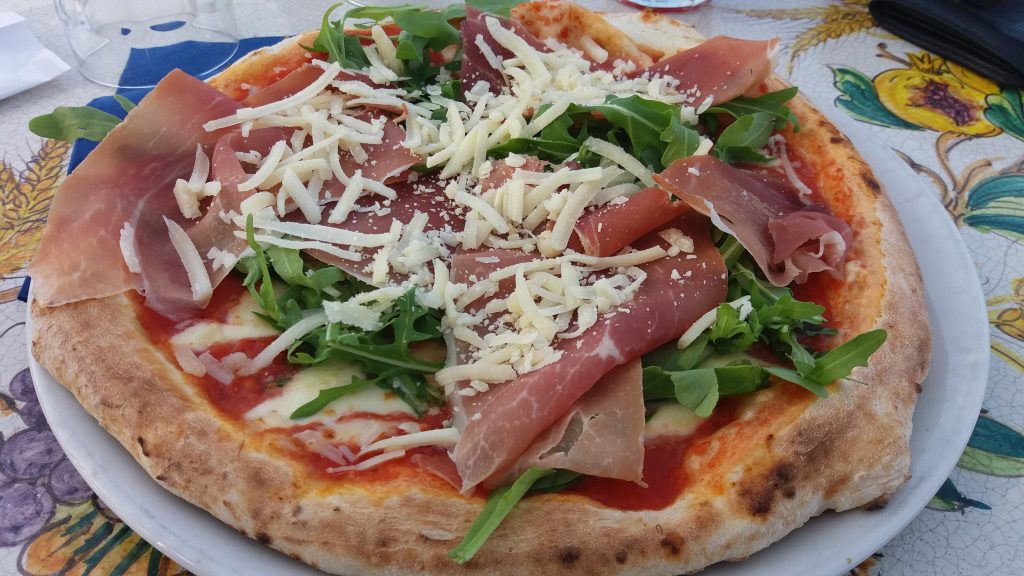 I would certainly recommend dropping by here if you are on a stromboli cruise even if it’s just for a drink and enjoy the view. They also have several other food options such as buffet, set menu, antipasti, and plenty of pasta options.