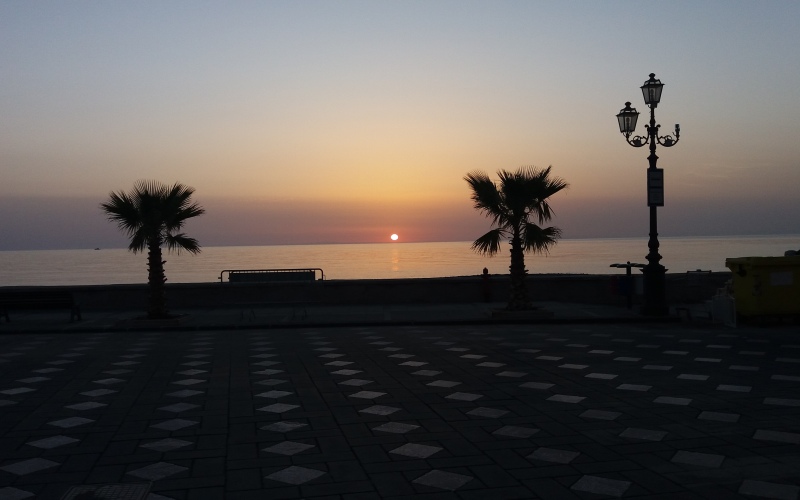 I was staying in the next town north of Lipari, Canneto so once my ferry dropped me off I headed to the local bus which runs frequently between Canneto and Lipari.  Be aware that this was the island town Canneto (Lipari) not Canneto, Sicily which is located on the mainland halfway between Palermo and Messina.  The bus was easy enough takes about 10-15 minutes depending on traffic and I think it was 1.30 each way, I’ve included the time table that is valid until 31st May 2016. 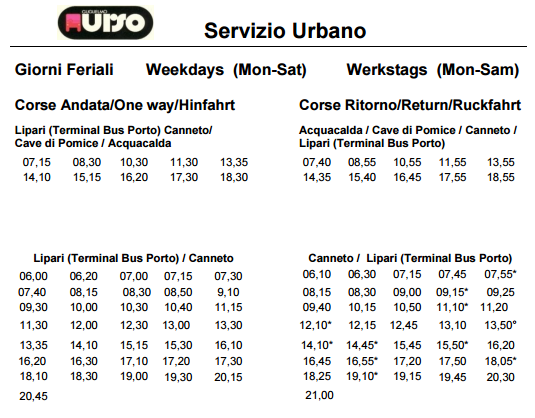 My host picked me up from the Catholic Church opposite Parrocchia S. Cristoforo on her scooter, this was interesting and partly terrifying experience as I had my backpack weighing me down and the streets are fairly narrow.  I would have considered walking as it’s not really that far from where the bus drops you off opposite the church you just head up Via Risorgimento and walk up the hill towards the power transformer with the giant member spray painted on it and up a steep hill and turn left. 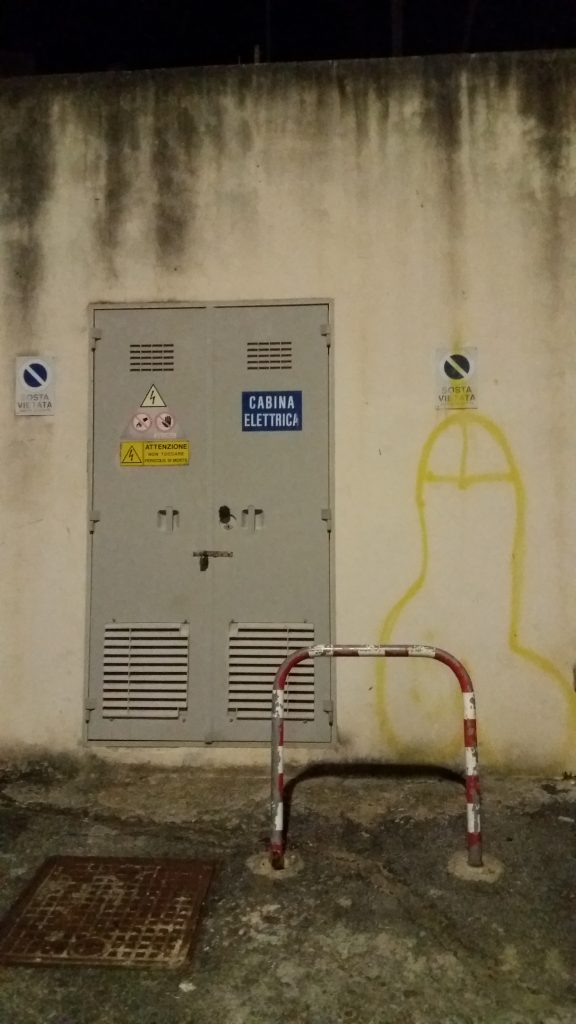 Walk up the hill towards this drawing