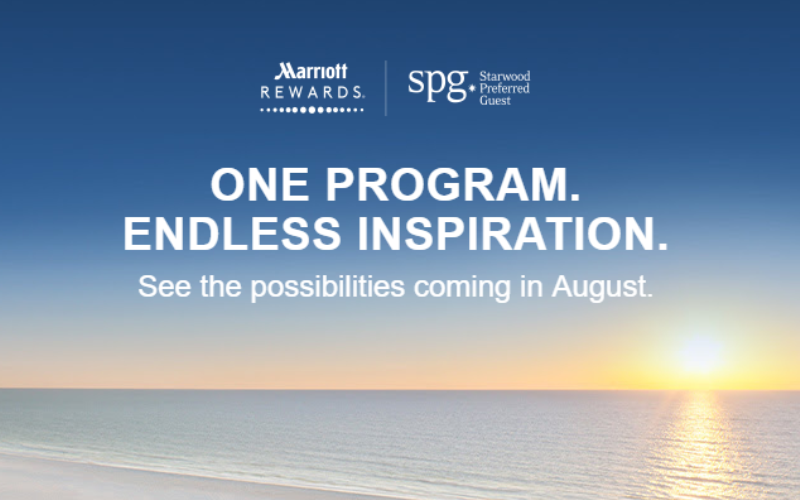 In August Marriott Rewards, SPG (Starwood Preferred Guest) & The Ritz-Carlton Rewards will become one powerful program with separate names; but they consolidate everything else into one set of benefits to give you easier access and more opportunities. This may also impact Delta Skymiles Crossover at some point in the future but not yet.

The timeline going forward is April 2018 when this announcement was released, followed by August 2018 when the program changes take effect and in early 2019 a new program name will be announced.