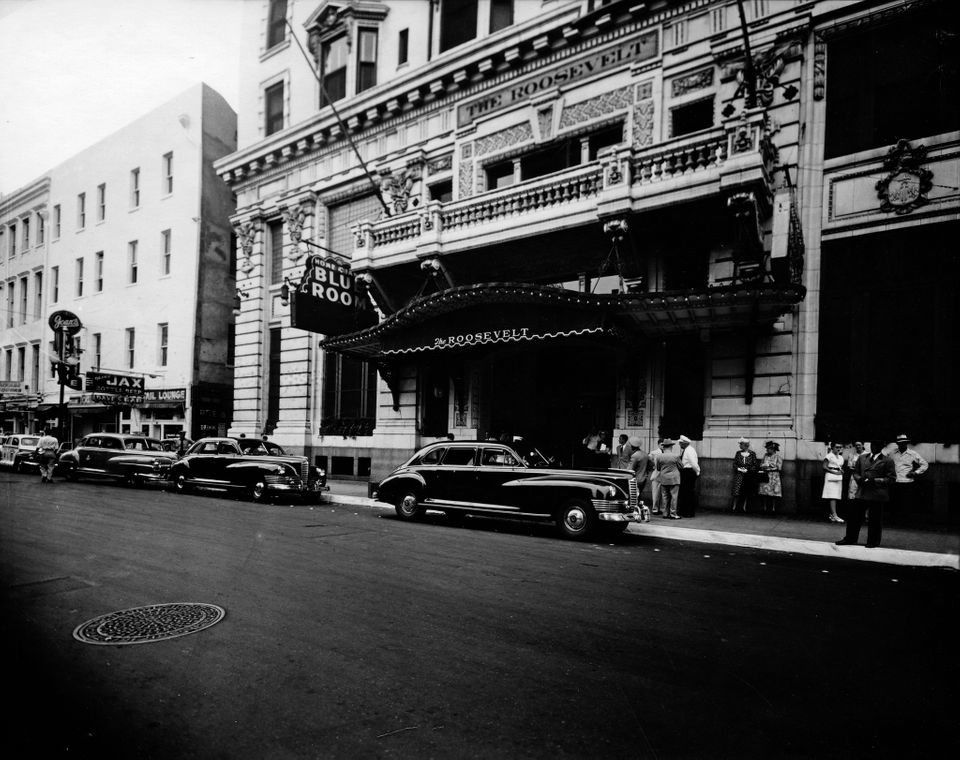 Happy 125th Birthday to The Roosevelt

The most imposing hotel in the city of New Orleans celebrates another year of existence, its charm and luxurious style, trapped all the guests who visited it and were part of its wonderful history from the day it opened its doors in 1893.

In the beginning, the hotel was named The Grunewald and was built by the German businessman Louis Grunewal; Located in the south of New Orleans, specifically on Baronne Street, a few meters from the canal, it amazed everyone for its majestic structure; It was one of the most innovative hotels of its time, with all the appliances and accessories and more advanced in everything related to ventilation, hygiene and light.

One of the main attractions of the great Hotel Grunewald was its bar called “The Cave”, which became one of the first clubs in the country, and entertained the active partygoers for many hours, dancing jazz to the beat of dixieland. The cave bar was coming to an end after 30 years when the hotel would become The Roosevelt in 1923; at that time, his two new and great attractions The Blue Room and The Sazerac Bar were born.

In 1931 the reins of the hotel came into the hands of Seymour Weiss, who taking responsibility for the hotel, Weiss made The Roosevelt grow economically and popularly, making it one of the leading hotels in the south.

In 1965 the Hotel ceased to be Roosevelt and was transformed into the Fairmont; that during 40 years of success and popularity it had to close its doors in 2005 when it received the power of Hurricane Katrina, that with its force filling the basement ruining all the mechanical equipment, its rain flooded the rooms. After that he never reopened his doors with the name Fairmont.

Two years later it was sold to the Hilton Hotel corp. For $19 million dollars; then they decided to open the property in 2009 transformed again into a luxury hotel that contained 504 rooms and 135 suites under the name of Roosevelt, with a restoration investment of $145 million dollars the majestic and grand hotel was reborn with all the splendor of the Old New Orleans.

Throughout his career the Roosevelt Hotel attracted the attention of big stars among which stand out: Louis Armstrong, Jack Benny, Vivien Leigh, Dean Martin, Cab Calloway, Ethel Merman, Marlene Dietrich, Jerry Lewis, Ray Charles, Sally Kellerman, Huey Long and other great personalities. 125 years of experiences that are written in the books of its history, and will remain an elegant and luxurious colossus of southern New Orleans. To view some of the amazing photos of the last 125 years Nola.com has a great article on the hotel.