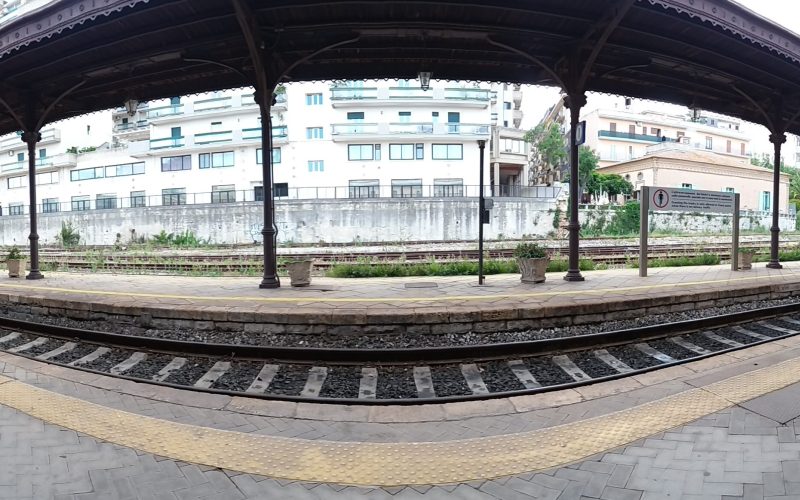 I had a few options to get from Ragusa to Syracuse, there was an early morning train at 7:27am which means I would miss out spending more time in Ragusa and have to get up early and rush to the station.  There was a bus option early in the afternoon which meant I would have to endure 3 hours of punishment on a bus and I wasn’t ready for the constant feeling of motion sickness after the Agrigento to Gela experience.

I went for the train departing at 19:18pm which was due to arrive in Syracuse at 21:15pm, the trip was just under 2 hours so not so bad.  I advised my Syracuse Airbnb host of the late arrival and she offered to pick me up from the station which was a wonderful thing, also the late arrival worked much better for her work schedule.

The station felt quite strange and I arrived early as I wasn’t sure if I would stop for dinner on the way but ended up getting a wonderful takeaway pizza Magna Magna which is one of the popular pizza places for locals and sat outside the abandoned station and enjoyed my dinner. 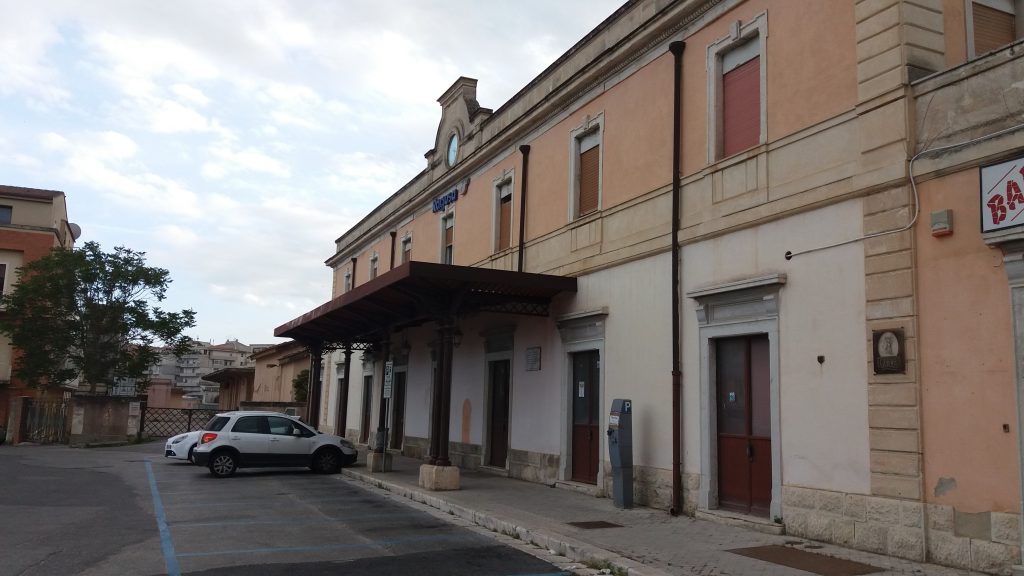 The station was something of an interesting place having been shut down except for a single automated ticket machine which had the rather annoying habit of announcing in an extremely loud voice be aware of pick pockets, this was also worrying as I was the only person in the station so I had to keep my wits about me….

About 20 minutes before the schedule departure an American traveller from New York turned up who I ended up chatting to for a bit until her stop.  Like many Americans I met on this trip she was travelling around Sicily with her sister tracing her family ancestry and most journeys ended in a tiny little village that had no public transport options so required hiring a car. 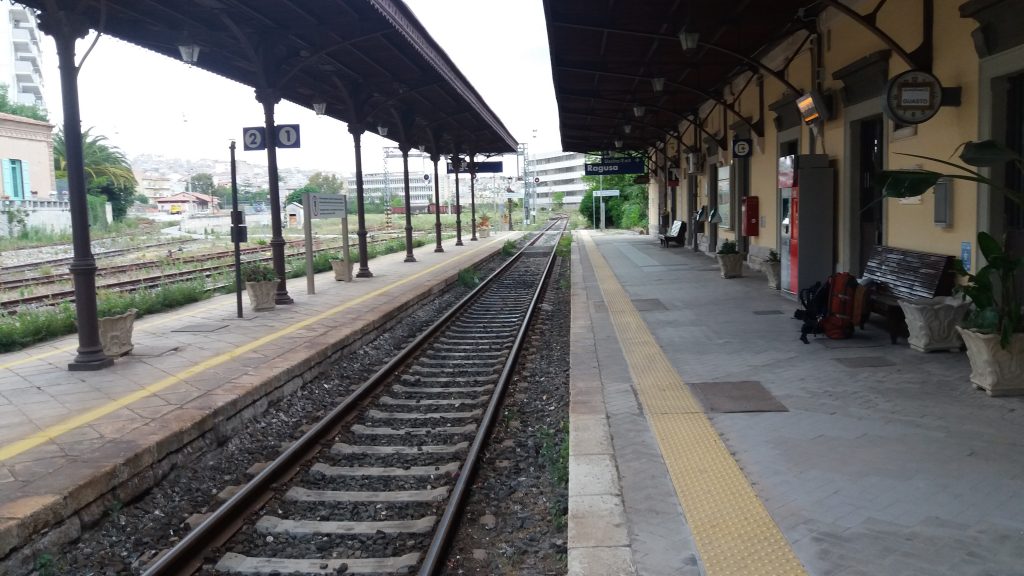 The train to Syracuse was fairly uneventful except for the poor Italian traveller who got fined 40 euros for not purchasing a ticket on the platform before boarding the train. The train was not that busy and it was a comfortable enough trip and far better than the bus option.

Yes Syracuse station does feel a little sketchy at night but I had no issues but I would advise to get picked up or catch a taxi if you are arriving late at night. There is a bar next to the station that was open when I arrived late at night and that apparently also has luggage storage if you need it.